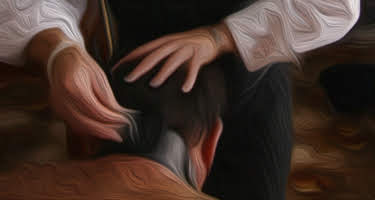 We love our males and want what is best for them, and what is best for them is to submit to the authority and control of the dominant woman in their life. To truly provide our males with the control and domination they both crave and need, we must take a long, hard look into what drives the submissive male and his submissive sexuality. We will need to understand why his sexuality is so strongly associated with being dominated by a powerful, intelligent woman, and why this need to submit is so deeply ingrained in his psyche.

Submissive males will often live for years and years keeping a powerful secret — their deep-seated need to submit to the authority and control of a dominant woman. Afraid of what others would think of him if they knew, these males suffer alone if and until they are able to meet a woman who embraces female domination. You cannot imagine how powerful this need has become over time and secretly, he masturbates to fantasies of being humbled and emasculated by a powerful woman who forces him to live out his secret desires. When these males will try to describe what they are feeling to their wives or girlfriends they may only be able to define their submission in sexual terms. A male’s need for loving female authority and discipline goes much deeper than his sexuality, however, but for most males their understanding of their need for submission begins with a sexual need and only with the help of a loving, dominant woman will they be able to understand the true nature of their need to submit.

Most submissive males I have known have have told me that their first thoughts about female domination and male submission were just prior to, or happening with their entering puberty. These males, at some point, begin developing sexual needs and find their fantasies return over and over again to them submitting to a dominant, powerful woman. What triggers these sexual fantasies can vary, and typically will, and sometimes the exact initial trigger is never learned. From that moment forward their thoughts about female dominance would get stronger and more frequent, often becoming an obsession they were unable to resist. Their sexuality is forevermore based on their submissive feelings and the desire to serve women.
Being men, their sexual submission lays at the very heart of who they are and what they wish, but they will not progress much past this driving sexual fantasy until they are taken in hand by a dominant woman who understands their need and loves them enough to provide them with the direction and guidance they need.

The sexual fantasies he cannot rid from his mind will also begin to be more and more humiliating in nature as he seeks to get the same masturbatory thrill he found in them originally. Like a drug addict needing increasingly larger quantities of the drug to get the same high, his sexual fantasies will become more and more humiliating over time. He has also likely tried, without much success, to stop indulging these fantasies and giving into the sexual humiliation that excites him, but the need of the submissive male for female domination cannot be overcome or corrected, but only channeled and directed in a more positive and healthier direction by dominant woman who loves and cares for him and wishes to see him happy and content.

This is where the ideas of being put into panties, forced bi-sexuality, cuckolding, domestic discipline and other more explicit sexual activities common to submissive males as a group, and you may or may not decide to indulge any of these sexual desires into your female-led relationship — that is always your choice and should be based on what you want to explore or experience first and foremost. What you will want to do, when you are sure you are both ready, is to begin a dialogue with your submissive male and help him accept himself and his value when he is honest and open with you about his sexuality as a submissive male.

Again, at first many women have some concerns about the sexuality of submissive males in general and usually this is the result of that first Internet search. “I’d had preconceived notions about the kinds of men who bought those kinds of magazines. My husband didn’t seem to fit. He was well respected in the community, intelligent, athletic, hard-working and protective of his family. He seemed to have high moral standards and was, at one time, very active in our church,” said Vivia, a dominant wife and early FemDom Blogger. “He was the kind of man a woman is proud to be married to. Although I lived with him and experienced the wicked temper, laziness and neglect he sometimes displayed around the house, my image of him had never included what I imagined as I flipped through the pages of those magazines (Vivian, “Revisiting Vivian’s Domain, Part 1”).”

And it is worth remembering that except for knowing his secret sexual fantasies that before had been completely hidden, this is the very same man you fell in love with and he has not changed in any way, shape or form. The only thing that has changed is that he opened up to you and shared his more secret, most intimate desires. And it is also worth pointing out that his sexual fantasies are just that — fantasies.

Once more, the thoughts of Elise Sutton are helpful. She argues that “if a woman will look closer, get over her prudish and self-righteous ways and examine the message more than the content, then she will gain an incredible insight into the male psyche. What is the underlying message to all of these expressions, regardless of the content? Is it not simply the male gender recognizing his need to submit to the female gender? Is it not the inner male child, crying out to be disciplined and trained by the female gender? Is it not the true nature of man breaking forth in his attempt to surrender himself and to the female gender. (“What Is Female Domination and Female Superiority?”)”

What you will want is to to channel his need to submit to your authority and serve you as your slave into healthy outlets that are designed to make your life easier and more fulfilling. We begin with agreeing that you will be the dominant partner in your relationship and that he will be devoting himself to doing everything possible to contribute to your quality of life. You will allow him to contribute to your life in ways you control and define and provide him with the control and structure he needs to find his true place in life. We’ll be talking much more about this process later in Using His Sexuality to Get What You Want, and in greater detail in Training & Conditioning Your Male, but for now you need to know that this sexual obsession with submission is not uncommon and simply learning about his desire does not change anything you love about him.

Remember, it is you who can give him what he needs, but it will likely be very difficult from his fantasies. Your control and authority are his real needs, and only you can give him that.

This site uses Akismet to reduce spam. Learn how your comment data is processed.